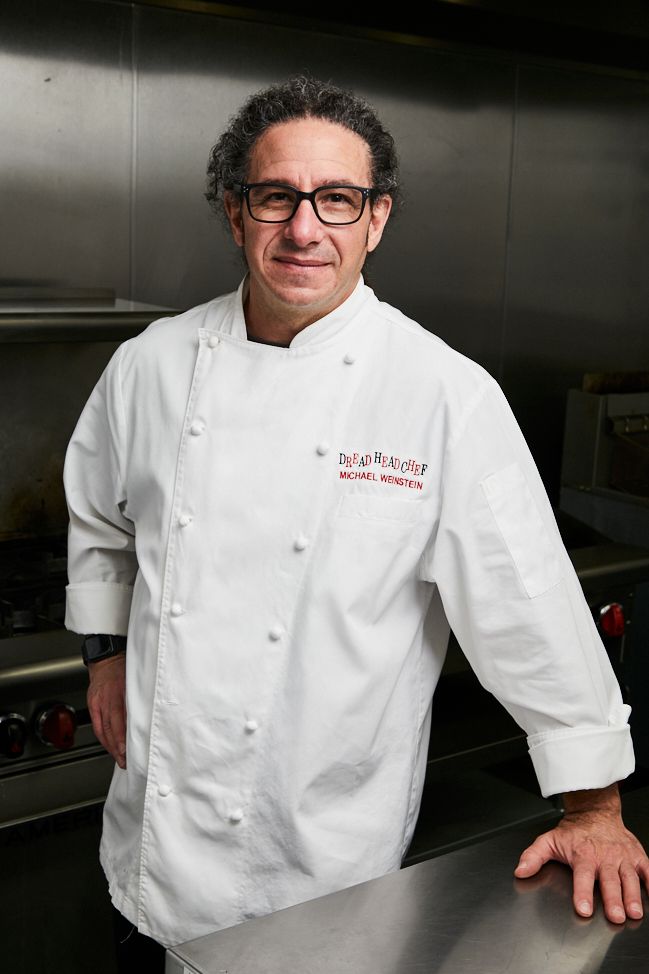 Chef Michael Weinstein has been a fixture on the culinary scene for over 20 years, and has worked at some of the finest restaurants in town, as well as appearing on national TV and in print. His love affair with food began with his father's garden and the fresh foods his mother and grandmother created using these vegetables and herbs. At a young age, he meticulously began copying recipes he saw on PBS cooking shows instead of watching Sesame Street, and ended up years later in culinary school instead of heading off to medical school or practicing law like his other siblings.

The idea for his Dessert Salsa was borne out of necessity, as he (of course) is the source of family holiday meal preparation, but his niece and nephew suffer from severe food allergies limiting many of traditional offerings Michael was able to prepare. Knowing their propensity for all things sweet and dessert-like, Michael came up with the Dessert Salsas (after finding himself with an abundance of Strawberries), paired with sugar-dusted chips to step in as an end of meal substitute for the kids. An untouched cheesecake and lonely apple pie were a testament to the success of his creation, and he started his Dread Head Chef side hustle, developing a line of chips and dessert salsas that were sold in Whole Foods and Kroger.

Michael has continued to develop his brand, as well as his awareness of the need to eat healthy. Seeing the potential of the medicinal qualities of cannabis and his love for said plant, the natural merging of the chef meets shaman has begun with his latest line of CBD Infused Dessert Salsas, Crackers, and Caramels, which are a subtle protest of the current state of edibles in the industry. Chef says, "The idea of this amazing medicine trapped in a bulk bought bag of Gummy Bears sprayed with CBD and repackaged, seems so counter intuitive that I couldn't stand it, and I had to come up with my own natural way to introduce people to the benefits of CBD. I feel a whole lot better now that I have perfected how to get all the benefits of CBD into products that I formulate, from raw ingredients to the end result!" The Dread Head Chef CBD Infused line launched this year, under the Rebel Dreads Corp brand umbrella, along with Bada Wellness, a delightful new topical and intimacy line containing CBD, and Harper's Pet Elixirs.